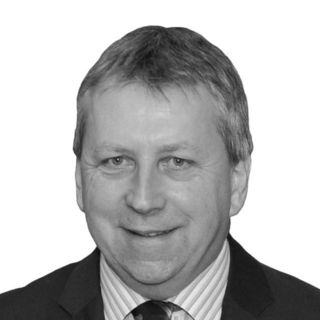 Professor Peter Mathieson is the fifteenth President and Vice-Chancellor of the University of Hong Kong, and assumed office in April 2014.

Peter Mathieson was born and educated in the United Kingdom. He attended a state grammar school in Penzance, Cornwall, becoming Head Boy in 1977. He was awarded an unconditional offer of a place to read Medicine at the London Hospital Medical College in 1978 and qualified from the University of London with First Class Honours in 1983. After junior medical posts in London, he obtained a research training fellowship from the Medical Research Council (MRC) to study at the University of Cambridge. He was awarded a PhD by the University of Cambridge in 1992.

He then became Director of Studies for Clinical Medicine at Christ’s College, Cambridge. After a further MRC fellowship he moved to Bristol in 1995 as the foundation Professor of Renal Medicine at the University of Bristol and Honorary Consultant Nephrologist, North Bristol NHS Trust.

Peter was elected Fellow of the Academy of Medical Sciences in 1999. Between 2003 and 2007 he chaired the Research Grants Committee of Kidney Research UK. He was a member of the Renal Association Clinical Trials committee from 1996 to 2007 and Chairman between 2000 and 2003. In 2007 he was elected as President of the Renal Association (the youngest in its history) in a competitive election by the membership and also became Head of the University Department of Clinical Science at North Bristol. In the same year he was appointed as Director of Research & Development for the North Bristol NHS Trust. He served the full three year term as President of the Renal Association and remained a Trustee for a further two years as Immediate Past-President.