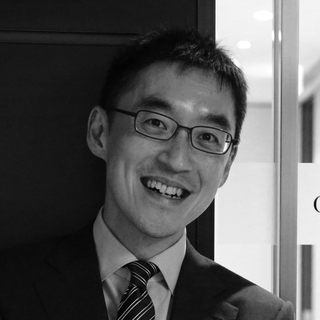 Douglas is currently the Vice-President and Pro-Vice-Chancellor (Institutional Advancement) of The University of Hong Kong (HKU).
Douglas is a law graduate of HKU.  He is a solicitor of Hong Kong as well as England and Wales. He joined Baker & McKenzie in 1993, practising commercial law, corporate finance, as well as mergers and acquisitions and successfully completing the initial public offerings of a number of state-owned and private companies, including China Eastern Airlines and PetroChina.In 2000, Douglas became Legal Counsel of The Hong Kong Jockey Club.  In 2004, he was promoted to Head of Legal Services also acted as the Company Secretary. From 2010 to 2014, Douglas had also assumed the Executive Director of Charities position, overseeing the Jockey Club Charities Trust.

Douglas also serves on the boards of UNICEF HK, HK Cyberport Management Company Limited, the HK Community Chest, HK Philharmonic Society Limited, Hospital Governing Committee of the Duchess of Kent Children’s Hospital, History Museum Advisory Panel, among others.  He is the founder of F11 Photographic Museum in a heritage building in Happy Valley.